Rupees, rupees! All about the money when traveling in India & Ladakh

Rupees, rupees! All about the money when traveling in India & Ladakh

[tg_promo_box title=”News: India declares 500 and 1000 rupee notes worthless” border=”” shadow=”0″ button_text=”” button_url=””]The Indian government withdrew all 500 and 1,000 rupee notes on 09th november 2016, essentially leaving millions of people with invalid cash in their wallets. The move is designed to combat corruption and the black money economy. The old notes can be exchanged for cash or deposited into accounts at banks and some post offices in India until Friday December 30. Customers can exchange any number of notes but will only receive up to 4,000 rupees in cash. Any value above this won’t be issued in cash – it’ll be paid into a bank account.

Instead of the old notes Indian government issued brand new bank notes of 500 and 2,000 rupee denominations. 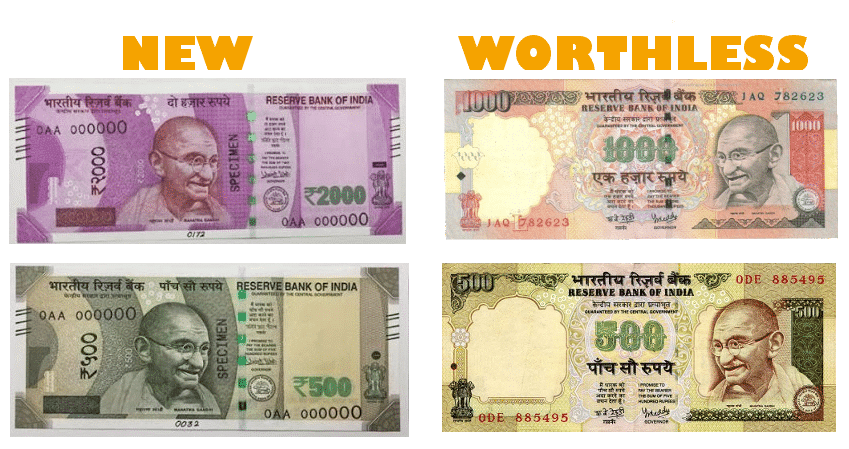 For your planned travel this will be of not much effect. The new notes will be soon available. But please be aware and check the notes you are getting to avoid getting invalid old ones. If you still have old notes at home you better travel quickly to india or check within your country if there is a possibility to change it there. Elsewise you can burn them as they will be worth nothing. As at 11.11.2016[/tg_promo_box]

Whoever goes on a trip also needs money. Even as the most frugal backpacker you still have to pay for various things, from food and accommodation to souvenirs and tips. But how much is appropriate? How much money should you plan on spending? How much should you take in cash? When and where can you pay with credit or debit card? Many of the questions you should ask yourself before traveling to India.

The first thing to consider is the manner in which you will travel. Are you on your own, focusing on one issue at a time, taking care of things on site as they happen? Or do you have a trip already booked and planned from home? Both ways have its advantages: the backpacker can often (but not always) arrange cheaper accommodation – rooms are generally cheaper if you negotiate locally and point out to the owner that a cheap room is better than an empty one. On the other hand, the tourist who has booked in advance, if at a higher cost, doesn’t have to waste time wandering from hostel to hostel looking for a room to spend the night. At the same time, arranging things locally usually means spending a little more money with small things, because booked tours usually include everything from airport transfers to hotel breakfasts (please always read thoroughly the services provided!).

We would advise you to rely on both. Take some cash with you for emergency cases or spontaneous purchases, but don’t leave your credit card at home, because now most businesses in big cities accept payments with it, and also there are ATMs everywhere. Attention however when retrieving money from an ATM, especially with a debit (instead of a credit) card: normally it will be accepted in any bank, including India and other non-member countries, but there can be extra fees and withdrawal limits. The daily limit for withdrawals amounts generally to 20,000 rupees, but some banks allow a maximum of 10,000 rupees per ATM use … so you’d have to make two withdrawals of 10,000 each. In any case, like in every place on Earth, machines sometimes fail, so a little cash is always good.

Rupees can’t be changed abroad, so you must always enter the country with foreign currency. However, it is no longer necessary to carry US dollars: the Euro is often taken anywhere. Of course the British Pound and even the Swiss franc are popular currencies!

Traveler’s checks have the advantage that you have a certain degree of security in case you lose your wallet, so this is an option to be considered.

A note on credit cards: in the larger cities you can often also pay directly with credit card – but for traveling to Ladakh or other remote regions of India one may very well leave the plastic currency at home. 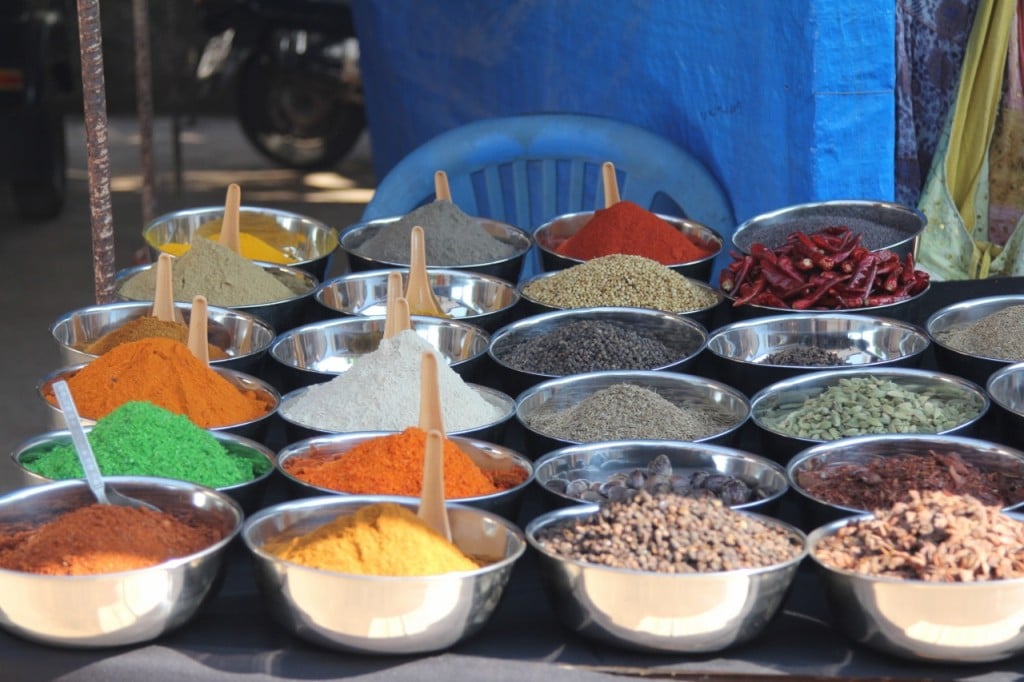 We are often asked by our guests how much extra money they should bring, per day. Our travels usually consider, for the big cities, just breakfast or half pension; but anywhere else (small towns, rural areas, etc) a full pension is expected. So how much money should be calculated for food, when some important meals are not included in the reservation? This is a difficult question, because it is highly variable.

Do you eat meat, or are you a vegetarian? Do you usually drink alcohol when you eat? Do you enjoy eating at a local Dhaba, or do you prefer a chic restaurant in Hauz Khas in Delhi? If you eat locally and simple vegetarian, even 100 rupees are enough. But for those who prefer to go to restaurants that “promise a more hygienic” preparation, 100 rupees will be too short. Whoever wants to eat meat in such restaurants should expect to spend at least 250 rupees. You want a beer with that? Then the bill quickly raises to 500 rupees (alcohol is generally very expensive in India!). If the plan is letting oneself go and enjoy the experience at a trendy restaurant in Delhi or any other big city, the budget, including drinks, shouldn’t be less than about 1,000 rupees. As you can see, there is a wide range: 100-1,000 rupees / meal / person. But we just want you to get a taste (pun intended) of what to expect when paying for food in India. Likely, you will also have a coffee with a piece of cake at the end, so add some rupees to the sum. As a tip you should give as much (relatively) as you are used to do at home (for example, if the bill makes 370 rupees, leave 400 rupees).

Well, that’s the other thing. And even more difficult than the food question! So, what do you want to bring home? A silk carpet? A real Pashmina? Or just a few prayer flags or a small wooden elephant? Sure, you can find enough cheap souvenirs, but also at least as many luxury items that (sometimes) are also worth the money. And one thing to remember: bargaining is almost always a must – because the price can quickly drop to a half (or even less) of the originally stated. But I said “almost always” for a reason – Ladakhi sellers for example often do not listen to reason and stay with their fixed prices, no matter how high they could be.

And the question of all questions concerning the money is: the tip. How much should you give? What is appropriate? What’s too little? What too much? Our experience over the years has led us to recommend, for trekking / tour packages (mostly in Ladakh), a tip of 4-6 Eur per guest per day (4-6€/guest/day). This is an average and can (and should) of course vary, because ultimately the amount to tip depends on the performance of the team. That is also the reason why we did not include tip expenditure in the tour price. Where else is the incentive for a particularly good performance?

The tip should be given to the team members at the end of the travel / trekking journey – don’t give it all to the guide and hope that he distributes the tip fairly (which he would probably do, we are not insinuating the opposite). If everybody in the group had a similarly good performance, the tip is to be divided according to the team hierarchy – the guide is always at the highest, followed by the cook, then the helpers and the porters/horse men.

For examples of how to distribute the tip, you can check the entry “What about the tip? Does anybody expect anything? How much?” in our FAQ section.

In many hotels, many employees expect a tip for every service. To avoid a daily endless whipping out of 10-rupee notes, you can also point out friendly that you will leave the tip at the end of your stay, in the tip box on the front desk (in this way the money will also reach all those who work “behind the curtains”, eg. the kitchen staff). 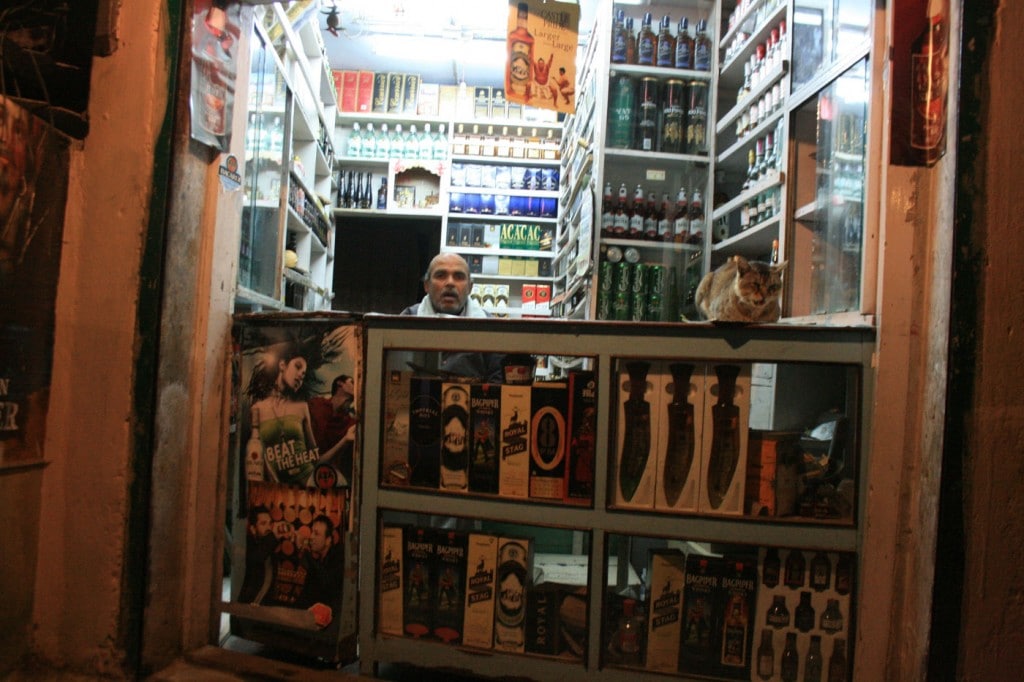 How, when and where to change?

The best exchange rate is always found in banks, but the opening times are often very unfavorable (from 10:00 to 16:00, minus lunchbreak) – exactly when you’re most probably traveling. Therefore you won’t visit them often. It is worth to compare a few money exchange offices before taking a decision, as prices often vary greatly. Be aware of moneychangers that promise a good rate at first glance, but then pile charge after charge until the end result is ridiculously high. A tip: do not change your money at the airport in Delhi, or do so with only very small amounts – the exchange rates are terrible there and several exchange offices earn a fortune with their fees. It’s much better to get a few rupees with your card directly from the ATM.

And when changing money, remember always to ask for a few notes of small denomination – especially if you intend to spend a long time away from larger cities – because a rural shop owner on the countryside may not have change for your 1,000-rupee note when you just want to buy a small bottle of water!