When the body and the mind are tired.

When everyday life becomes too demanding.

when work and responsibilities start taking their toll.

When all you want is to do something that feels good, take some time for yourself to ease your mental and physical needs.

Because less is more and there’s no other way to find peace.

Ayurveda and Yoga are both centuries-old practices extensively tested and proved. They didn’t just appear after the last esoteric wave. There is nothing controversial about this ancient techniques: their beneficial effects are widely accepted.

We recommend and offer a few but very select Ayurveda & Yoga resorts in Kerala and Karnataka. Not the massive, well-known “wellness factories”, but rather small refuges where you will be lovingly guided to relaxing health with a caring personal touch. 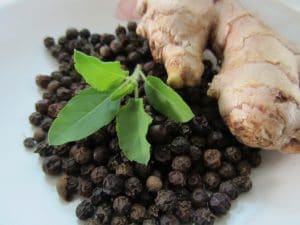 Ayurveda – the knowledge (veda) of life (ayur). And in effect, it has to do with each and every facet of life. The human being as a whole – mind, body and soul. And also as an individual. For everyone is different, everybody is special. It is not the diseases that are its focus, but every man and woman, whose constitution is determined by the three doshas (bioenergies): kapha (earth & water), pitta (fire & water) and vata (wind & ether).

Diseases aren’t caused mainly due to the attack of viruses and bacteria, but because we do not feed according to our constitution and/or lead an inappropriate lifestyle. Ayurveda does not deny the existence of disease-causing pathogens, but it assumes that they can only make a stone start rolling, and therefore cause a landslide, when the stone is already wobbly in the first place. Also, Ayurveda does not treat isolated symptoms, but goes directly to the cause behind the illness. After going over the medical history during a detailed interview, the doctor will know where to start.

Ayurveda is also briefly and beautifully explained in the Caraka Samhita – the core piece of the traditional literature of Ayurveda.

Good and bad life,
happy and unhappy life;
that which is attributable to life;
the measure of life and all its
components; and life itself,
the science that explains all this, that is
AYURVEDA

Anyone who undergoes an Ayurvedic cure – contrary to the widespread opinion in the West – will not simply receive massage after massage. The complete therapy involves dietary measures, cleaning procedures, purges and (also) massages and oil treatments. An intense Ayurveda cure – like the Panchakarma – can in fact be especially rough and un-romantic, and include unusual methods as therapeutic vomiting or ingestion. We don’t want to embellish reality here – a Panchakarma can be physically and mentally exhausting – but after the treatment is complete, one feels without exaggeration like a completely newborn person. And who doesn’t want to start again from the beginning!

Is an Ayurveda treatment the right thing for you?

Daniela Lush-Wangail, from Gesar Travel, has followed an accredited Ayurveda training (Health and Nutrition). So if you are not sure whether an Ayurveda treatment is right for you, you can contact her and ask her directly about it. She will be glad to help you. 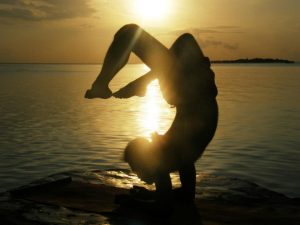 Ayurveda and yoga fit perfectly with each other. The word Yoga comes from Sanskrit and means literally “to join, to unite”, but can also be translated as “harmony”. It is about finding balance between all aspects of the individual: body, mind and soul. The goal is to lead a happy, fulfilling and harmonious life. Yoga is more than pure physical exercise: it is one of the six classical Indian philosophies mentioned in the Vedas – the oldest Hinduist writings dating from the 2th millennium BC.

Here on the Western hemisphere there are many misunderstandings about what yoga really is. Some think of it as a religion. It is nothing of the sort, even if it is still a way to spirituality and self-discovery. But yoga is open to people of all confessions. Some other people consider yoga just a fitness sport. While it is true that practicing yoga is very beneficial for the body, this is not its primary objective. Yoga strengthens the body – the vessel that contains the soul – because a weak body is an obstacle to spiritual growth. Of course, one can also practice yoga without considering its spiritual aspect.

If when you think about yoga you imagine impossible twists and contortions, and think that it is not for you, because you can’t bend in such ways, rest assured:  superhuman flexibility is not a requisite. Yoga isn’t a rigid set of exercises. Every person has his or her own starting point and rhythm. Yoga adapts to you.

Ayurveda Yoga Village is a holistic Ayurveda retreat in Kumpta, right on the beach. Vedic ceremonies, organic food, herbal medicine, yoga and Ayurveda all aim to revitalize body and mind. There are authentic ayurvedic spa packages for 7 days, 14 days and 21 days. A place for all those who love the beach and the sunshine and feel at home by the sea. 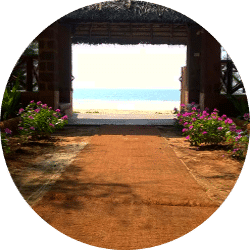 This resort is located in Wayanad in Kerala. It includes a Vedic Cultural Center, a Yoga Center, a department for Kalari and the Ayurvedic Center. The main focus is on cleansing, balance and the revitalization of the individual through the use of local medicinal herbs and self-made oils. This resort has received several Tripadvisor Excellency Awards and the Traveler’s Choice Award. 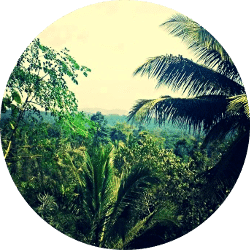 It is hard to imagine a better location to have a fun, relaxing time. Flanked by water, the Ayushkamy is located on a narrow strip of land between the backwaters on one side, and the Arabian Sea on the other. This small resort is of particular interest to yoga enthusiasts. Ayurvedic treatments are also possible. But it is especially recommended for those who just want to enjoy a good time. 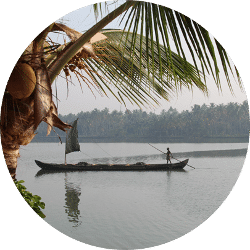 A wonderful gift from heaven for nature and mountain lovers: rare birds, butterflies, wild orchids and herbs. And also of course: meditation, yoga and trekking. But most importantly: authentic ayurvedic cures, guided by first-class therapists with years of experience, and 100% organic food. A touching holistic experience for body, mind and soul. 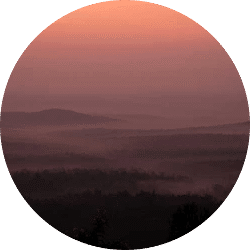