The Life of Buddha 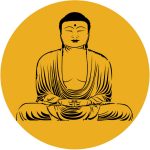 Pilgrimage: The Life of Buddha

A classic pilgrimage to the holy places of Buddhism
easy

The most classic of our pilgrimages routes follows the footsteps of the historical Buddha. Siddharta Gautama was born in 483 BC in Lumbini (Nepal), and died in Kushinagar in the North region of India.

The most classic of our pilgrimages routes follows the footsteps of the historical Buddha. Siddharta Gautama was born in 483 BC in Lumbini (Nepal), and died in Kushinagar in the North region of India. We will follow the tracks of the Great Wiseman, learn his history in detail and experience the influence of Buddhism in the world, and maybe also inside ourselves. 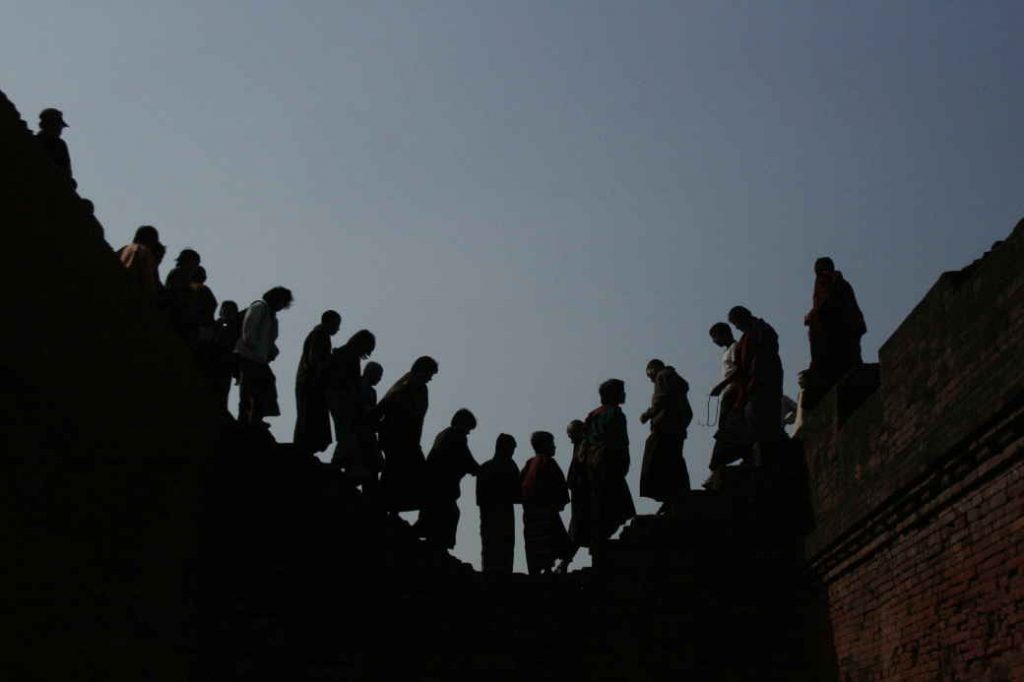 Pilgrims from all around the world follow the footsteps of the founder of Buddhism in North India and South Nepal.

Two Ladakhi Buddhist pros, the brothers Tashi Wangail and Gelong Thupstan Wangdus, will also partake of the journey. They complement each other perfectly, and their company, knowledge and experience will make the trip a very special one. 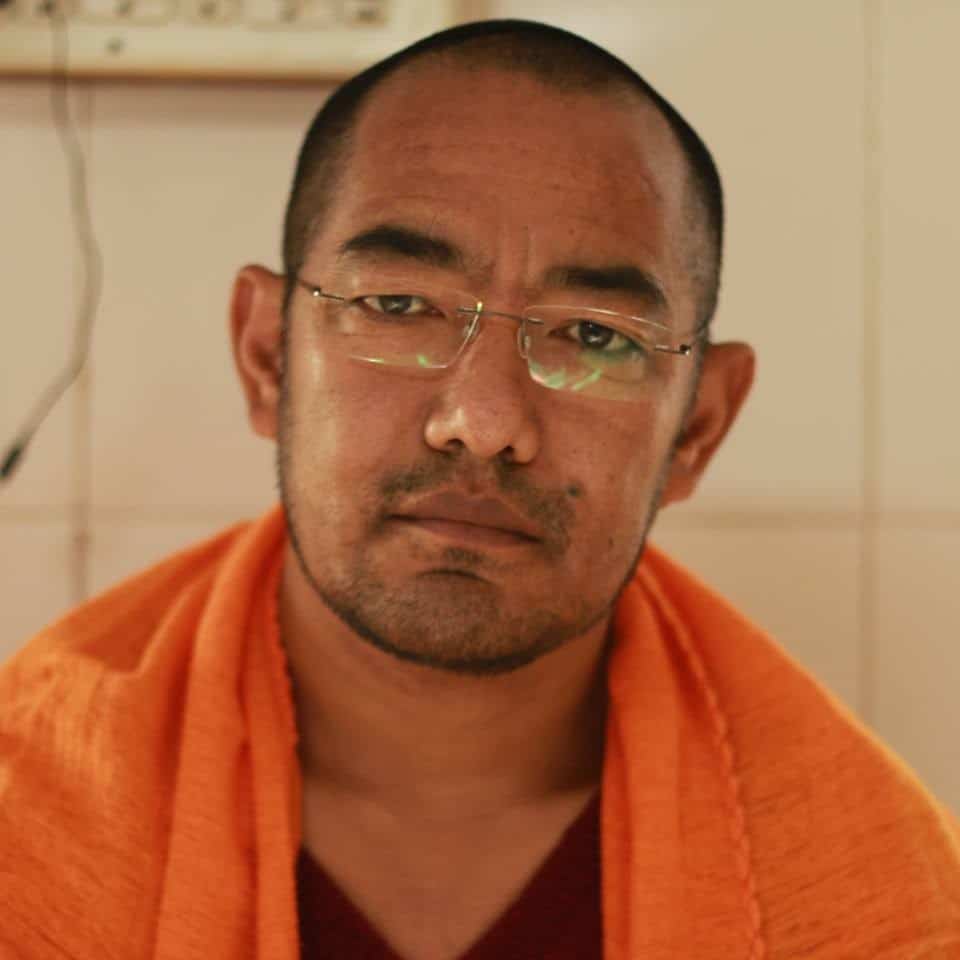 Thupstan Wangdus was born in the northernmost part of India, Ladakh, and was sent at the early age of 13 to serve as a novice in the Samstanling Monastery in Nubra, where he devoted himself to the study of Buddhism. He completed his Master’s Degree in Buddhist Philosophy at the Institute of Buddhist Dialectics in Dharamsala.

Thupstan Wangdus is Acharya (i.e. a high Buddhist title) for general Buddhist Philosophy and Tibetan Buddhist History. His calm and compassionate nature make him the perfect companion and teacher for this journey. Together with Tashi, he will also introduce the group to Buddhist Meditation. 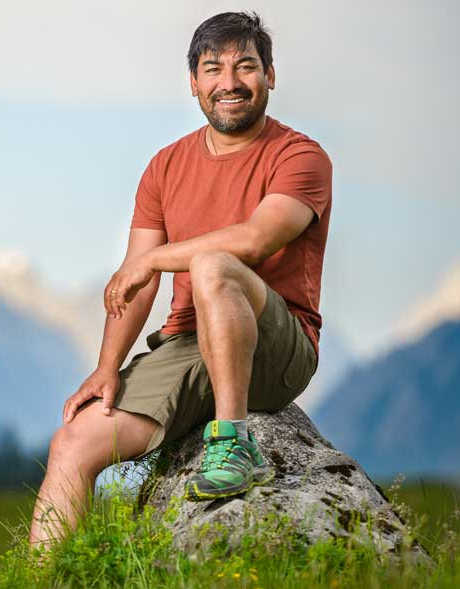 Tashi Wangail is the older brother of Thupstan Wangdus. He was born in Ladakh in 1969 and attended a Theravada Buddhist school in Karnataka, South India. Tashi Wangail has spent many years as a tour guide traveling throughout India, with a special focus on the Indian Himalayas. He founded Gesar Travel in 2004. Guiding a pilgrimage to the holiest Buddhist sites has been a dream of him for many years.

Tashi and Gelong Angdu will join you on an exciting and immersive journey from Delhi to Sravasti, Lumbini, Kushinagar, Varanasi, Sarnath, to Bodh Gaya and Rajgir. Of course, they are also available for philosophical discussions. Additionally, mindfulness and meditation are a core aspect of this journey, and some time for its daily practice has been planned. In these sacred places especially, where people experienced most closely the teachings of Buddha, you will also feel its touch and take many new impulses home.

After your plane lands in Delhi, we will take you to a small hotel in the colorful and full of contrasts capital of India. After a few hours of rest, you can participate in a guided tour through the Buddhist Delhi. Even though Hinduism and Islam have had (and continue having) a bigger influence in the city, there is still a lot to be learnt and discovered regarding Buddhism in Delhi. BF,L,D

Day 3
To Lucknow and Sravasti

In the morning we will enjoy the soothing rhythm of the train on the railways as it takes us to Lucknow. Traveling in this way you can properly admire the vastness of the country and learn more about the Indian way of life. After arriving in Lucknow, we continue to Sravasti, where Buddha spent a large part of his monastic life. BF,-,D 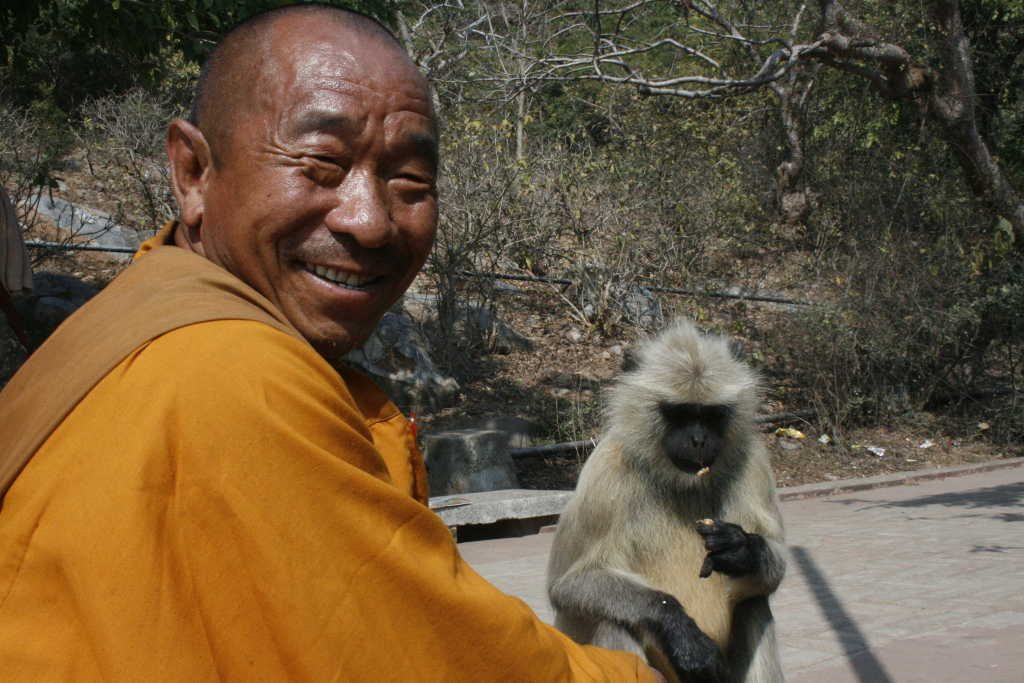 On this journey we will meet Buddhists from all over the world and with many different backgrounds.

Day 4
Kapilavastu & Lumbini
Today we cross the border to Nepal and concentrate on the childhood and teenage years of the historical Buddha, Siddharta Gautama, who is said to have lived in Kapilavastu until he renounced the Western style of living at the age of 29. However, historians and archeologists are still debating the exact location of the ancient city. Lumbini, to the east of Kapilavastu, is the alleged birthplace of Siddharta. BF,-,D
Day 5
The Birth Place of Buddha
We spend the day in Lumbini learning more about the life of Buddha before he renounced the materialism of his princely life. In the sacred part of Lumbini there are several ancient monasteries, a Bodhi tree, an ancient bathing pond, the Ashoka stone, and the Mayadevi Temple where Buddha was born. BF, -,D
Day 6
To Kushinagar
We return to Indian territory and drive to Kushinagar, just 175 km away in the Indian state of Uttar Pradesh. The city is a very important pilgrim’s destination, since we find here the place where Buddha Gautama died and attained the Parinirvana. For this reason many Buddhists have it as a goal to visit Kushinagar at least once in a lifetime. BF,-,D 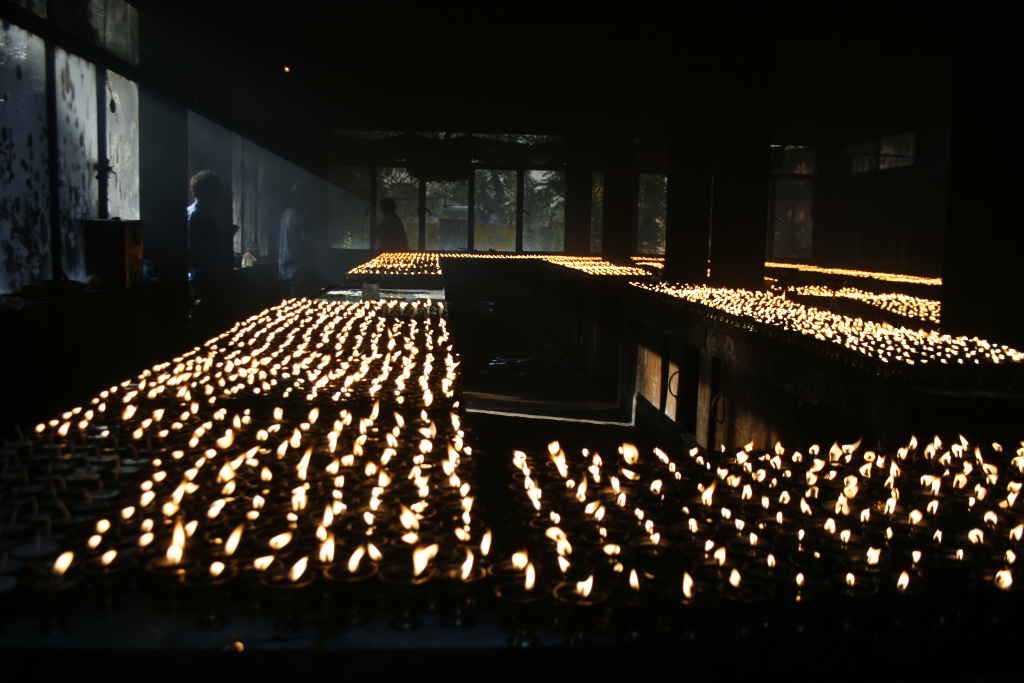 Of course there is also time to stop, contemplate and reflect.

Day 7
Varanasi
Today we start early, because the journey over the nearly 230-km-long route to Varanasi will take a few hours. Varanasi is one of the oldest cities in India and has deep religious importance for Hindus. But Buddha also worked in and around Varanasi. We will check into our hotel and explore the city, learn its history, and discover its many stories. BF,-,D
Day 8
Sarnath
Sarnath is one of the four most important places of pilgrimage for Buddhists. After Siddhartha Gautama attained enlightenment, he preached for the first time the so-called Four Noble Truths (these include the eightfold path to Nirvana) in the wild park at Sarnath, just outside of Varanasi, thus establishing Buddhism. Overnight stay in Varanasi. BF,-,D
Day 9
The holiest place: Bodhgaya
Bodhgaya at last! After a 250-km-long drive we arrive to the place which is probably the most important of the four pilgrimage Buddhist destinations. Here, under the Bodhi tree, Buddha Gautama is said to have attained enlightenment. The Mahabodhi Temple located at the center has been a UNESCO World Heritage Site since 2002. BF, -,D 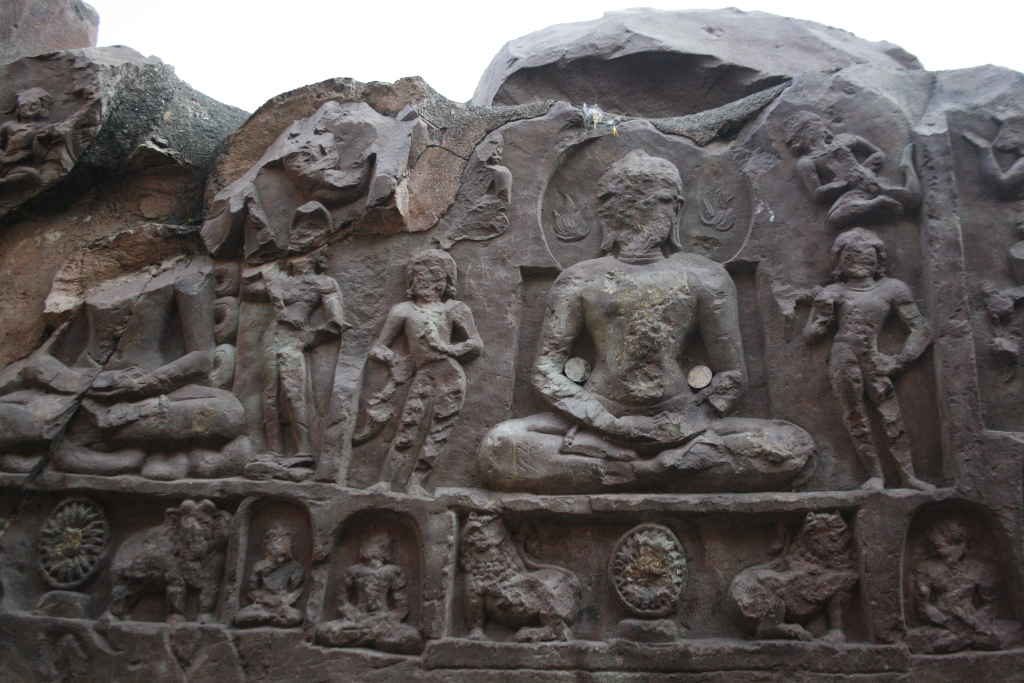 Day 10
In Bodhgaya
We bathe ourselves in Buddhist philosophy, immerse in the otherworldly atmosphere of this sacred place, retire into ourselves and try to take in as much as possible. BF,-,D
Day 11
To Rajgir
We head north-east to Rajgir, where Buddha preached and meditated for several months. In the context of these sermons, King Bimbisara of Magadha and countless others are said to have converted to Buddhism. On one of the hills is the Saptparni cave, where the first Buddhist council was presided by the monk Mahakasyapa. BF, -,D
Day 12
In Rajgir
Today we spend the whole day in Rajgir. BF, -,D 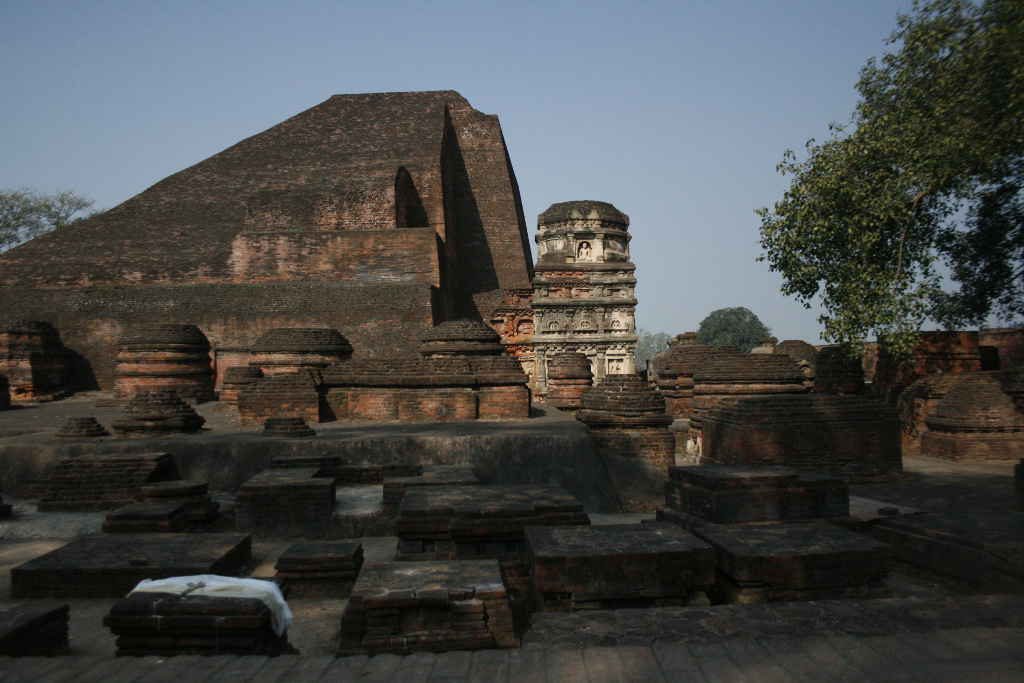 The former Buddhist University of Nalanda is also part of this impressive journey.

Day 13
Nalanda and back to the start
On the way to Patna, the capital of Bihar, from where we will fly back to Delhi, we make a stop in Nalanda. In Nalanda there was once a huge Buddhist monastery belonging to the ancient kingdom of Magadha. The monastery was an important center for Buddhist studies between the VII and XIII centuries. After the visit, it is time to say goodbye. We drive to the Patna airport and fly back to the hectic capital of India. BF,-,D
Day 14
Fly home

On request we organize this trip also for private groups!

Important Note regarding this Trip

This trip is aimed at people who have a great interest in Buddhism or are already Buddhists themselves.

We would like to point out that the accommodation at some pilgrimage locations is not particularly high-quality; however, better ones are simply not available and therefore we ask for your understanding. We strive to make the best possible selection.

Do you have questions regarding this tour? Then get in touch with us?

Booking for The Life of Buddha