Many tourists travel with a bad conscience and think that travel, in general, brings more harm than good. It destroys the environment, the traditions and the culture of the host…  And yet they travel, hoping to be the exception.

Every traveler leaves traces. Every step does, even at home. It is the nature of a step to leave a footprint. But it is up to us to decide what shoes to wear and how to act. If we put the shoes with spikes on, and trample carelessly through the neighborhood, the footprints will be very different to those we would leave while walking softly with leather slippers. The choice is yours!

There are several arguments for staying home. Let’s take a closer look to some of them:

Tourism is hastily blamed when mobile phones, televisions and Co. suddenly appear in formerly idyllic places, changing or downright replacing old traditions and outdated ways of communication. Let’s take Ladakh: How easily is the tourist made responsible for the way in which, nowadays, the local girls and boys prefer to don jeans instead their traditional Gonchas, or the monks ride colorful mopeds, take selfies with their smartphones, and would rather look at the world through trendy Ray Bans than from a Buddhist perspective. It is quite obvious that things have changed, and that today’s Ladakh is very different from that of the 70s. But isn’t that true for the whole world? Many cultures have also changed, sometimes radically so, without the intervention of tourists. In Austria, with the exception of special holidays and festivals, people no longer wear Lederhosen and Dirndl or go around yodeling. Therefore, we claim here that Ladakh would have changed even without tourism, because no region of the world is completely secluded from the rest. Even centuries ago, during the apogee of the Silk Road trading routes, it was practically impossible to remain completely isolated and avoid intercultural exchange. And so it is now that every corner of the Global Village is just a mouse click or a touch-screen tap away.

On the contrary, we say: Tourists are strongly interested in ancient cultures and traditions, and so their interest promotes and revives old customs and rituals, bringing new life to what would otherwise, maybe, be lost to the local youth. 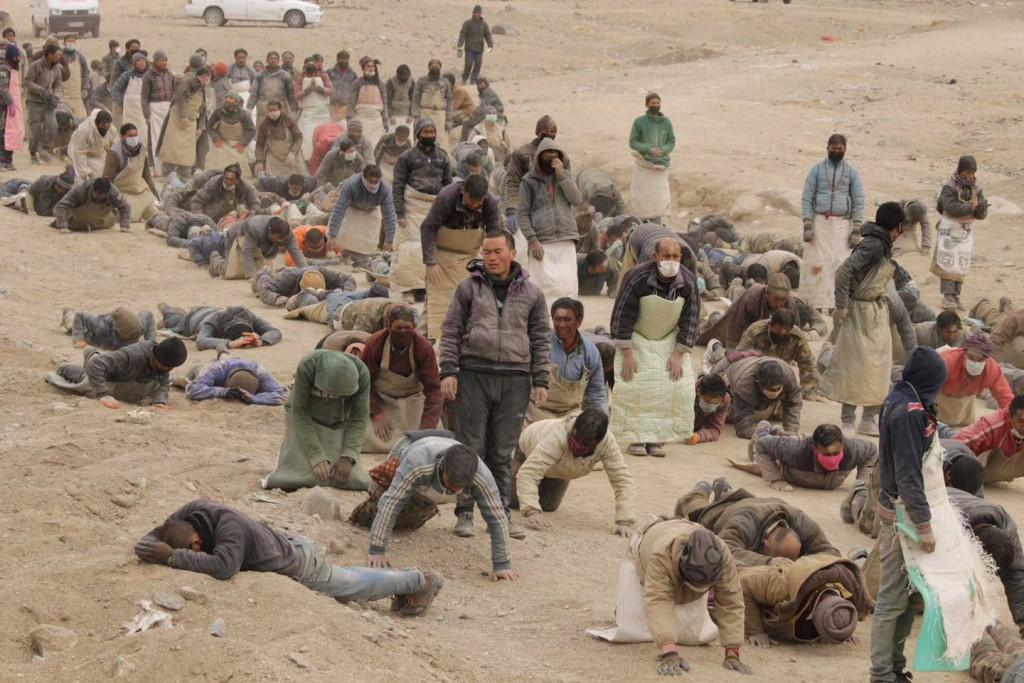 Yes, they do exist: the littering-prone tourists who leave garbage everywhere and do more harm than good. That is undeniable. Let’s use Ladakh again as an example. Leh has become a “big” city thanks to tourism, hotels and guest houses sprouting all around like mushrooms, with barely a thought given to sustainability and environmental impact.

And yes, the solar energy hot water system has taken roots, plastic bags are banned, and the sewage network is growing steadily, but there are still many shortcomings and a general disregard (mostly ignorance-fueled) for environmental protection. But let’s see more closely! Who throws carelessly his garbage away? Most waste is naturally caused by the Ladakhi and the Indian guests themselves, and cutting tourism completely would have a negligible effect on the problem. In societies such as India, in which just a few years ago non-biodegradable trash was basically unknown and then, suddenly, faced a sudden invasion of plastic packaged goods, you have to start at school… just as we did back in the 80s. Subject: Environmental awareness. Those who don’t see the problem, will continue to throw plastic bottles carelessly out of the car window, or leave chips bags everywhere for the wind to lift up and carry away. Also on the trekking routes, seldom are the European and American tourists the ones leaving their trash behind – rather, it is the accompanying trekking crew that is to blame, always reluctant to bother to collect the garbage and bring it back to Leh. 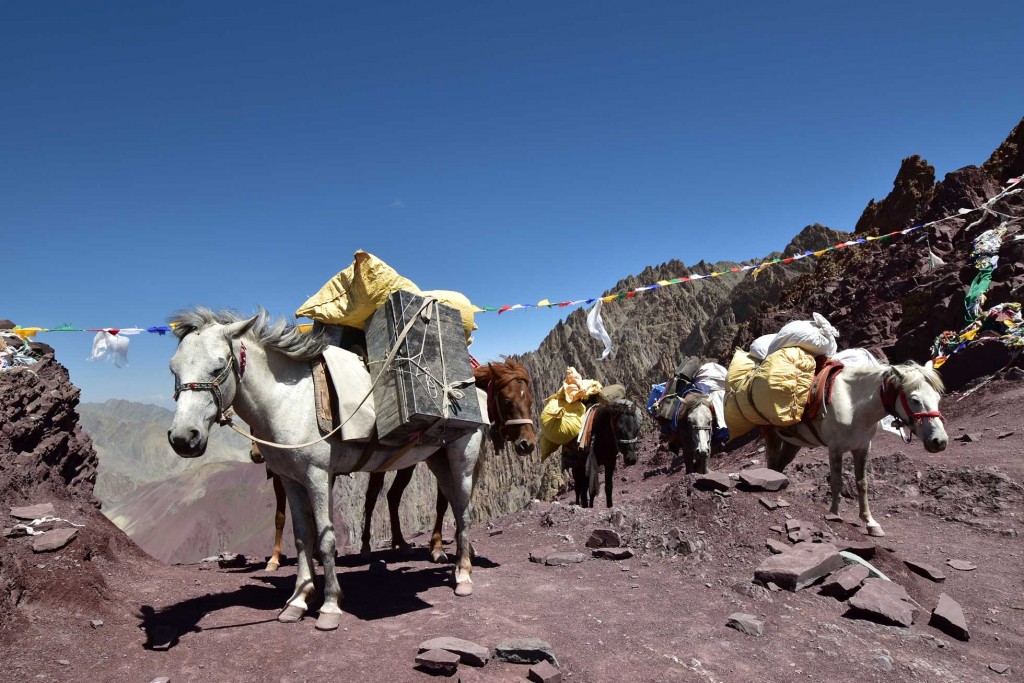 And again, just like we said about the local traditions: it is usually the (Western) tourist that demands an ecologically gentler way of life, and thus, many local agencies and administrations are forced to make a change.

Argument 3: tourists have no respect for the hosts of their travel destination

Constantly putting their monstrous camera lenses in the face of their photo subjects, sitting on the tables of the praying monks, speaking disparagingly of their hosts, repeatingly disrespecting the values ​​and traditions of the country they are visiting: this is the 3rd category of tourists in our prejudice-list. We have seen (and silently condemned) many. And we have also dealt with people expelled of their staying place, because they have simply gone too far. Often, the transgressor isn’t even aware of what rule or norm he or she has broken. That’s why it is so important to inform yourself beforehand. We always recommend to put yourself in place of the people visited. What wouldn’t I like if it happened in my own home? Would I enjoy someone entering my garden and taking a close-up picture of me? Would I feel happy if a horde of loud, fast-clicking people would disturb my herd, drive my clients away or interrupt the Morning Prayer while scurrying from one corner to another?
For more about respecting localtraditions in Ladakh, read: 10 rules forLadakh 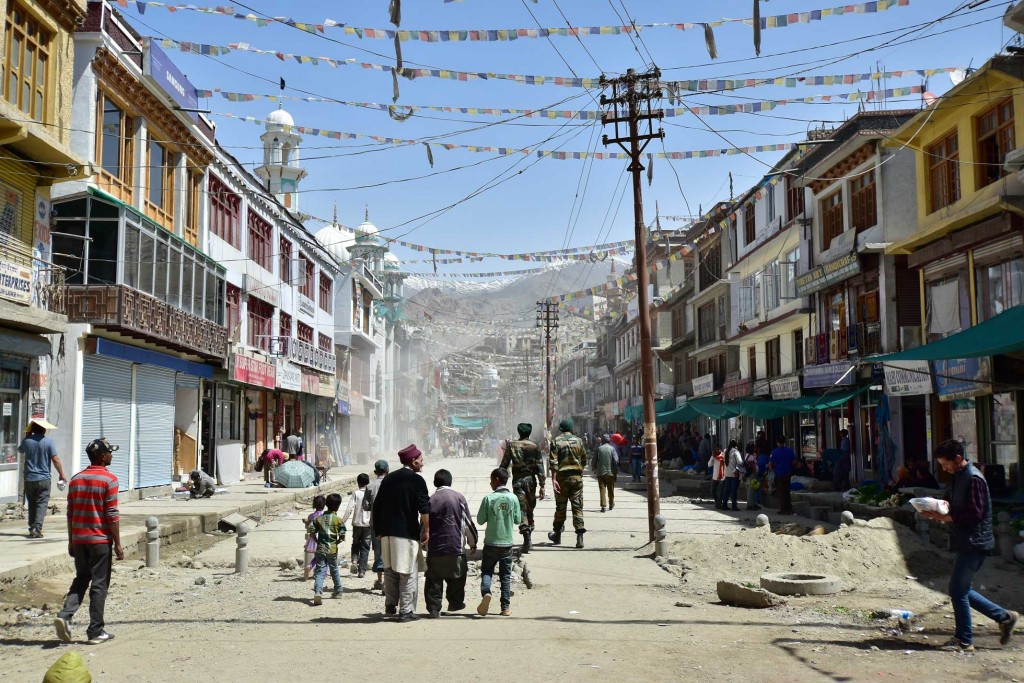 There are many arguments against it, but like so many things in life, tourism has two sides. It is important that all parts of the golden triangle (the guest/traveler, the host/local, and the tour operator/organizer), find a common solution as balanced as possible, giving everyone what they want, while respecting what they need.

So put your light shoes on and watch your step – we’re together in this!