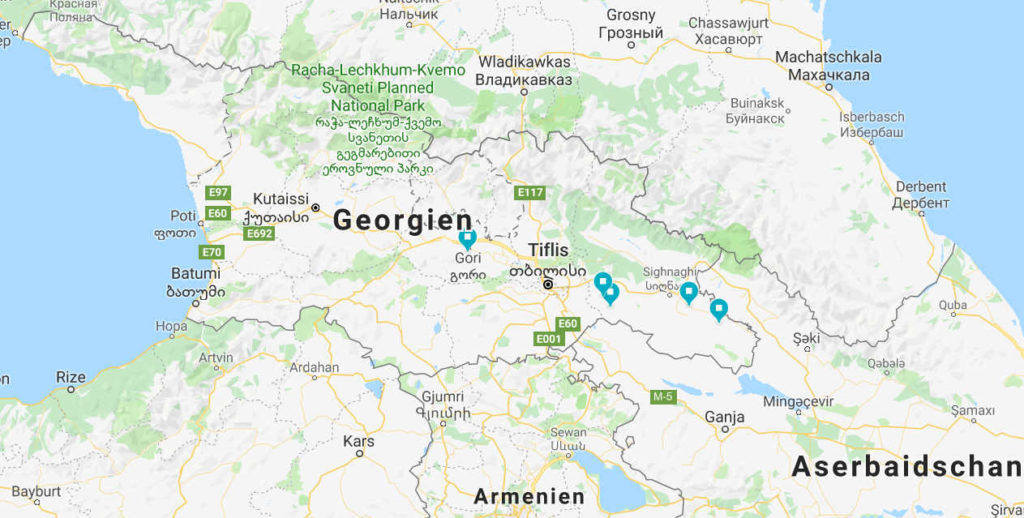 Georgia is a country at the interface between Europe and Asia. It is not clearly part of either Asia or Europe, culturally and historically it has many connections with Europe, geographically the Ural Mountains from north to south and the Caucasus from east to west are the border of the two continents and thus Georgia is geographically located in Asia. It borders with Russia to the north, Turkey and Armenia to the south, and Azerbaijan to the east. The regions Abkhazia and South Ossetia are apostate and recognized as sovereign only by Russia and few other states. Georgia was part of Russia until the collapse of the Soviet Republic. Stalin is from Georgia.

Almost 90 percent of the country is covered with mountains, in the north by the Greater Caucasus, in the south by the Little Caucasus and the Armenian Highlands. In between are the Kolkie Plain to the west and the Transcaucasian Basin to the east. The west and the east are separated by the Lichi Mountains.

The Shchara is with 5,201 meters the highest mountain in the country and is part of the Greater Caucasus. The longest river is the Kura (Georgian Mtkwari), which also flows through Tbilisi. Besides Tbilisi (Tbilisi), Batumi, Kutaisi, Rustawi, Sochumi and Gori are the largest cities in the country. 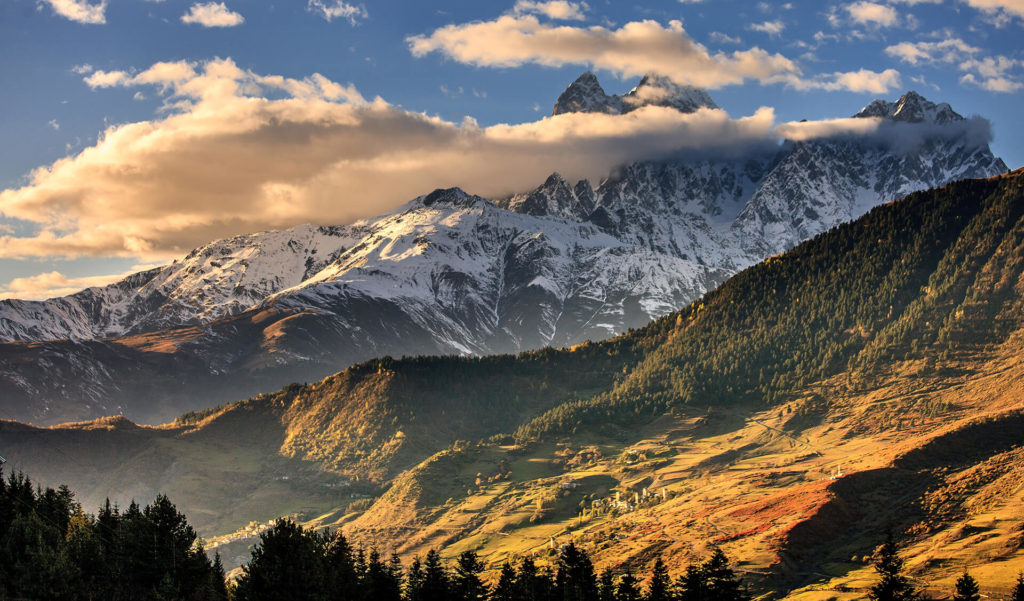 Uschba, a double peak in the Greatern Caucasus Range, in the georgian region of Svaneti. Photo: Zurab Tsertsvadze

Climate and best time to travel

Georgia is small, but has three climate zones: on the Black Sea coast and in the Kolchis plain a subtropical climate, a continental climate east of the Lichigebirges and an alpine climate in the mountainous regions. Thanks to the influence of the sea, the West has mild winters and long, warm summers with high humidity and annual rainfalls of between 1,200mm and 2,000m. The further east you go, the less the rainfall. The east is generally drier and temperatures are 4 degrees colder on average. The winters are usually snow-poor, but the temperatures can go below 0 degrees, while it can be over 30 degrees in the summer. Most rain falls between April and October, while August is drier. In mountainous areas, temperatures drop as altitude increases, and it remains quite cool in summer. Many peaks are covered with snow all year round.

Due to the different climate zones you can travel to Georgia quite well all year round. The winter is a good travel time for winter sports enthusiasts, for all others, a travel time between mid-May and late October is recommended. From mid-October to mid-May, mountain regions are often no longer accessible due to snowfall, but this travel time is very pleasant for the areas of Kvemo Kartli, Samzche-Javakhetia and Kakheti. Those traveling in the summer should focus on the high mountain regions of Svaneti, Chewsuretien and Tushetia, which are often difficult to reach before June. 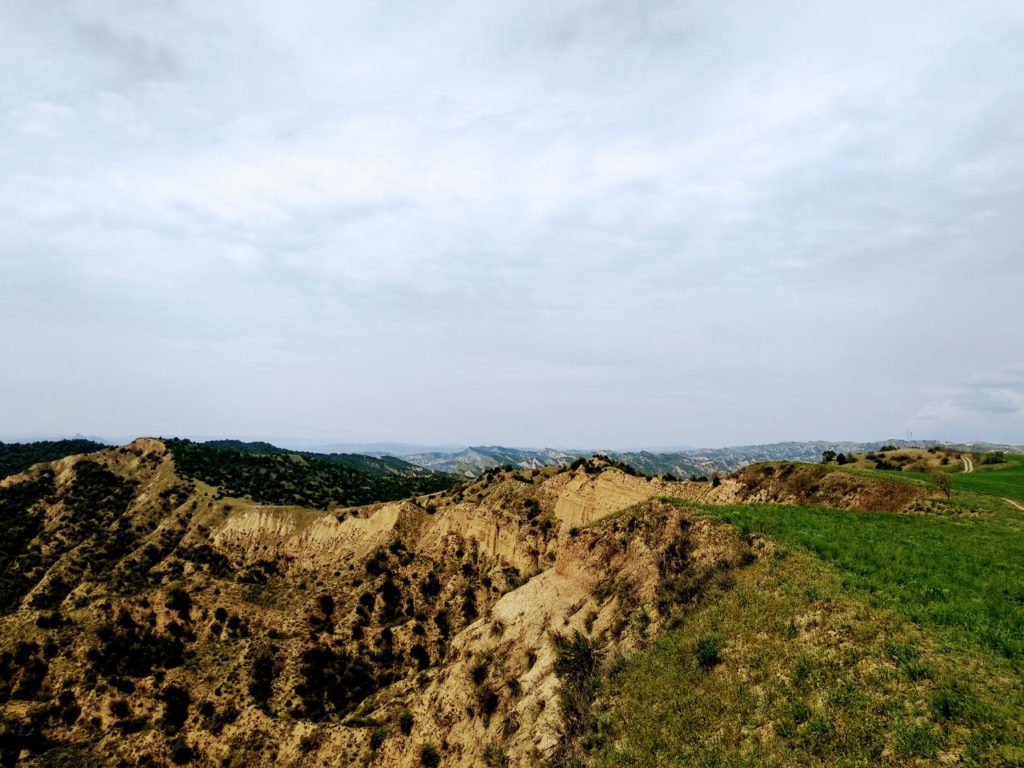 The Vashlovani National Park in Khacheti Region can get very hot in summer, whereas spring and autumn are very pleasant.

The Georgian cuisine is very varied with many fresh ingredients. People like to eat meat, eggplants, walnuts, pomegranates, breads baked in clay ovens, cheese and spices with fresh herbs like coriander and peppermint. The vine is a pleasure to enjoy, as Georgia is also a growing area for excellent vines. 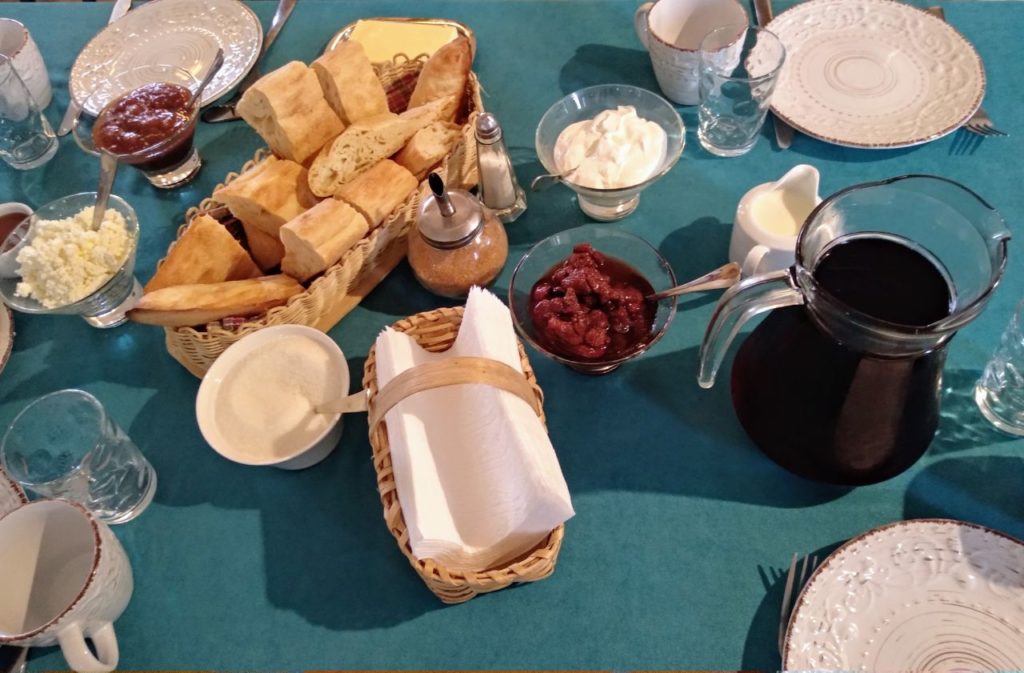 Anyone traveling to Georgia with children should note that children’s entries in a parent’s passport are no longer valid. Every child needs its own identity document. 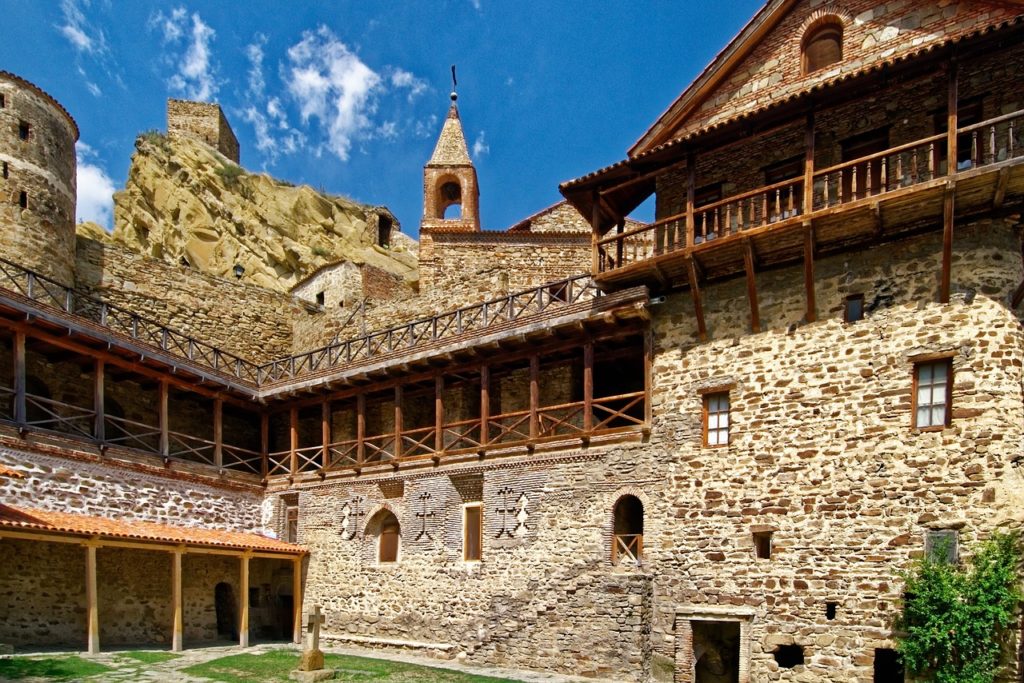 The situation in the hospitals, especially outside the capital, often does not meet the European standard, but is sufficient for basic services. In remote areas a quick and efficient medical care can be difficult in case of illness or accident. Pharmacies of European standards can now be found in every city. Nevertheless, it is advisable to bring your own first-aid kit with important medicines (headache, diarrhea, flu, blister plaster) yourself.

As far as immunization is concerned, there are no prescribed ones for Georgia. Nevertheless, we recommend vaccinations against tetanus, polio, diphtheria and hepatitis A + B.

The drinking water quality in Georgia is good, but sensitive stomachs may have a problem with it, so for safety’s sake, it is best to drink only bottled or boiled water. 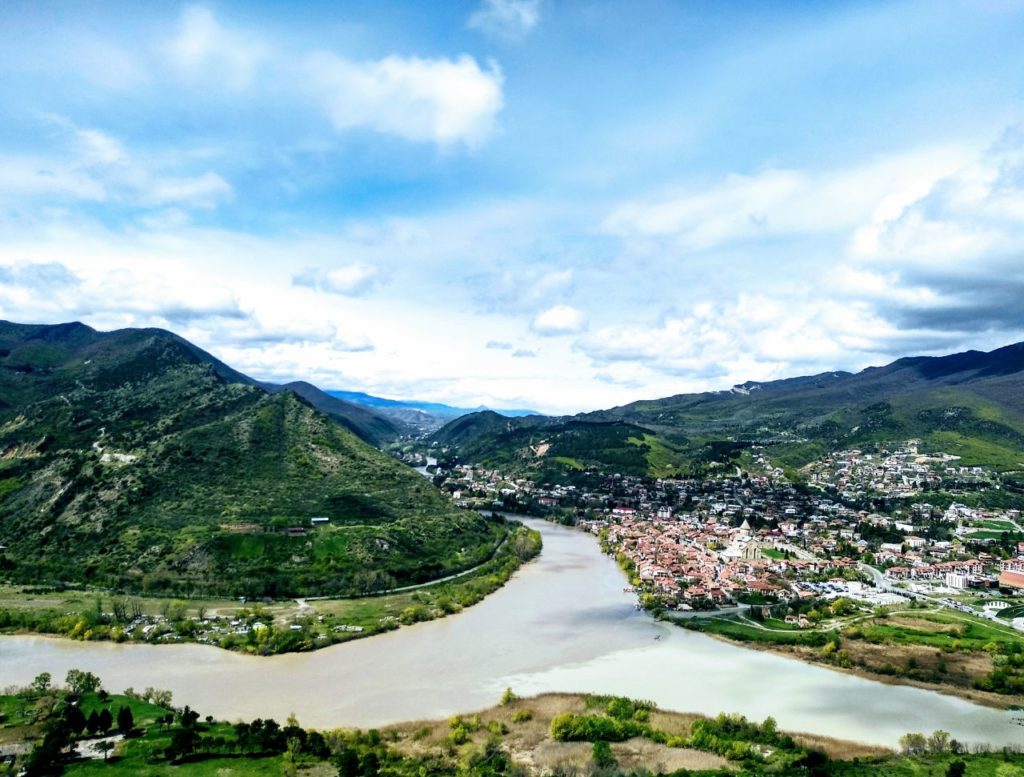 The confluence of the rivers Mtkwari and Aragvi 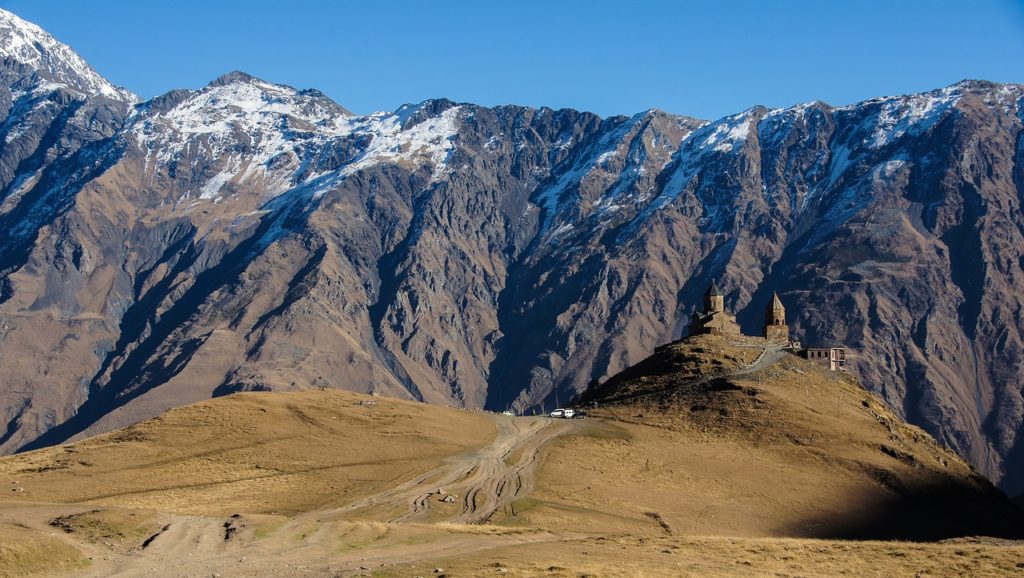 If you want to travel to Georgia, contact for your personal tour plan: daniela@gesar-travel.com